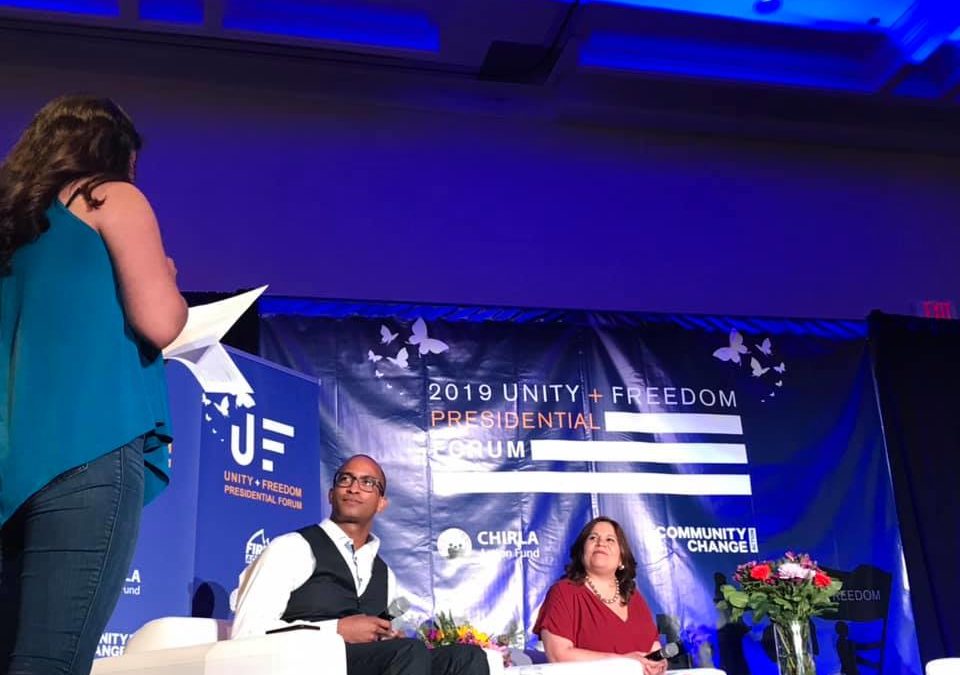 Los Angeles – The CHIRLA Action Fund has endorsed Jackie Goldberg as the best candidate to represent the LAUSD’s 5th District’s diversity and needs. With her compassion, expertise, and commitment to social justice, Goldberg stands to make a difference.

The upcoming special election will be taking place on Tuesday, May 14, 2019 turnout at the polls and via vote by mail will make the difference in this race. Make sure you make your voice count and don’t forget to vote!

Los Angeles, CA – With the recent wins by the United Teachers of Los Angeles came about with some commitments by the LAUSD to address prevailing issues at the 1,000 schools which consist of over 600,000 children. At the forefront of these issues are charter schools, class sizes, among other pertinent issues.

The next LAUSD Board Member will be facing these challenges head on and the race has just moved forward to a runoff election in the 5th District. The race has narrowed down to two candidates: former LAUSD Board Member and UTLA favorite Jackie Goldberg and Heather Repenning who was the former Field and District Director for Councilmember Eric Garcetti.

With so much at stake, this critical vote in the LAUSD could determine the educational opportunities afforded to the predominantly Latino children who reside in LAUSD’s 5th District. The runoff election is scheduled for Tuesday, May 14, 2019.

The DREAM Act of 2019 was introduced on March 26, 2019 by Senator Lindsey Grahahm (R-SC) and is currently co-sponsored by Senator Dick Durbin (D-IL). The bill’s title is as follows:

A bill to authorize the cancellation of removal and adjustment of status of certain individuals who are long-term United States residents and who entered the United States as children, and for other purposes.