Palmdale, CA – CHIRLA Action Fund volunteers will be turning out voters today in the Antelope Valley for this year’s Primary Election.  A significant gain in immigrant and Latino voters is expected in this year’s primary election as the “Respeto” campaign launched by the CHIRLA Action Fund has reached record numbers of low propensity voters.

“Since April, CHIRLA Action Fund volunteers have knocked on doors, made phone calls and reached out to 5,000 Latino and immigrant voters in the Antelope Valley.  On Election Day, we are reminding voters to get out to vote and have their voices heard loud and clear.  Our collective vote will put a stamp of approval on efforts to move immigration reform once and for all in Congress,” stated Angelica Salas, CHIRLA Fund Board Chair.

This historic effort is helping to motivate immigrant and Latino voters to send a clear message that when these communities are invited to participate in the democratic process, they show up in great numbers.

“It is important to get out the vote because we need positive change,” said CHIRLA Action Fund volunteer Alicia Garcia who just finished knocking countless doors, “We expect compassion and support for our community from our elected officials.  Our community is tired of the inaction, the deportations and family separation. It is in the hands of our elected officials to make the difference and voting is one step forward to getting true representation and find champions who fight for our community.”

Two major races are on this year’s ballot with high stakes for immigrant families.  The first is an open seat for Congressional District 25.  The most outspoken advocate in favor of immigration reform has been Dr. Lee Rogers.  The race to win the L.A. County Sheriff seat is also expected to be a close race with Sheriff James Hellmold as the only progressive candidate in the running.

Later tonight, CHIRLA Action Fund volunteers will be celebrating the election results at a viewing party for community members and their families.  They have put in countless hours over the course of these past two months and look forward to seeing their hard work pay off. 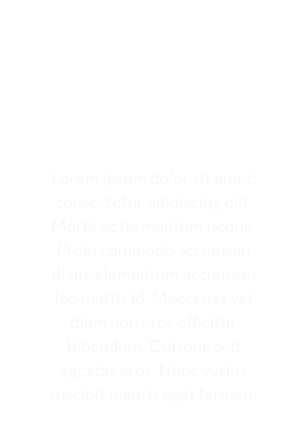 Palmdale, CA – On Saturday, May 10, over 30 CHIRLA Action Fund volunteer canvassers gathered together at Poncitlan Square to celebrate Mother’s Day weekend by reaching out to voters and informing them of the upcoming primary election on June 3.  As part of the “Respeto” Campaign, which translated means Respect, the CHIRLA Action Fund kicked off a voter engagement effort that will reach thousands of low propensity immigrant voters in the Antelope Valley.

I’m a mother with a beautiful immigrant family here in Palmdale and we are active here in the community working to pass immigration reform,” said Josefina de la Cruz, “We have only seen promises from our elected officials.  We want immigration reform, we want results.”

“We deserve candidates that respect our immigrant community and give us the attention that we deserve,” said Angelica Salas Board Chair of the CHIRLA Action Fund, “It is with great pride and pleasure that we endorse candidate Lee Rogers for Congress.”

Candidate Lee Rogers addressed the audience and encouraged the Latino community in the Antelope Valley to have their voices heard in the upcoming election.

“The House could be standing up for immigrant communities, instead they have voted to repeal your health care 50 times,” said Lee Rogers, “We know that mother’s are being taken away from their children, we know that businesses will be better when we accept immigrants into our community.”

At the conclusion of the endorsement, volunteer canvassers got their maps and walking lists and headed out into the neighborhoods in Palmdale to encourage the community to get out and vote in the upcoming election.  Within hours they knocked on 550 doors.  They plan to continue knocking on doors every weekend until the June 3 primary election.

Lancaster, CA – On Saturday, March 29, 2014, community leaders gathered together for a movement building training to develop their skills and share their personal stories in preparation for the upcoming election.  As the primary draws near, these community leaders will be phone banking and knocking on doors to ensure the immigrant community in Lancaster and Palmdale will be adequately represented at the ballot box.

Over the course of the next two months, the CHIRLA Action Fund will train hundreds of immigrant leaders to educate low propensity voters on exercising their right to vote during the primary election.  The shift in pro-immigrant policies at the state level have resulted because of a strong immigrant vote that grows exponentially year after year.  Whether it is Driver Licenses or the TRUST Act, immigrant voters are shaping the future of California where everyone can achieve their true potential.

The training will consist of door-to-door canvassing, phone banking strategies and education on the importance of the 2014 primary election.  In 2010, a mere 2,120 Latino voters in Palmdale voted in the Primary Election.  In Lancaster, the number of Latino voters was 806 who reached the polls in the Primary Election.  With hard work and dedication, we can triple the turnout on June 3, 2014. The CHIRLA Action Fund believes that when our immigrant communities vote, the issues that impact their lives will truly be addressed in changes in policy.